March 29, 2017, at the opening reception, images projected in the auditorium at the reception. 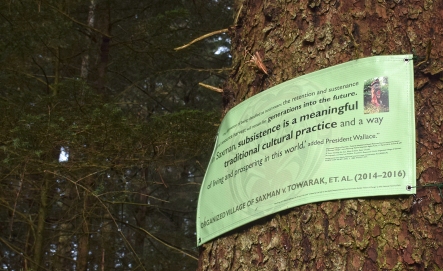 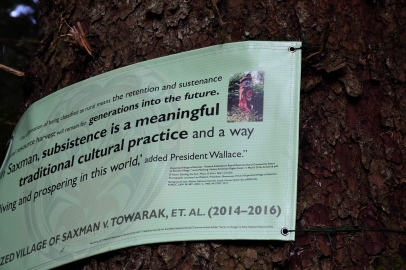 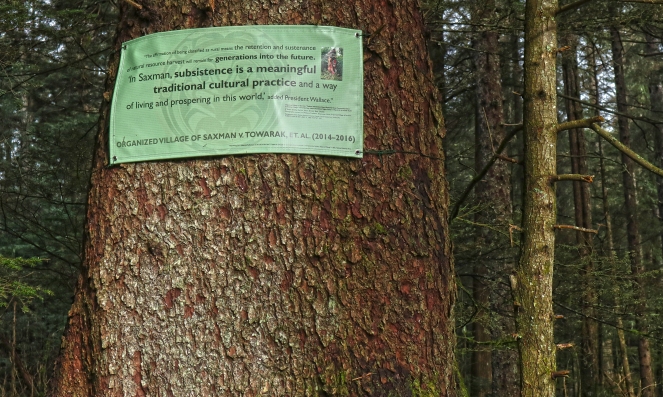 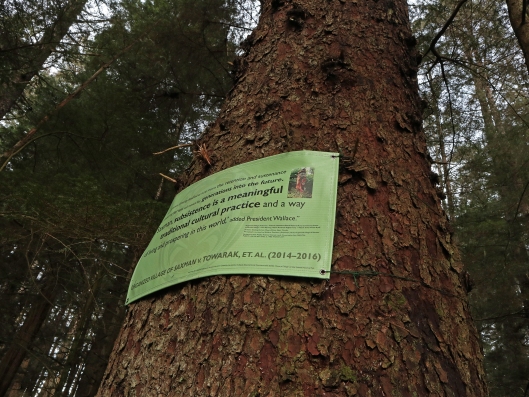 “The affirmation of being classified as rural means the retention and sustenance of natural resource harvest will remain for generations into the future.‘In Saxman, subsistence is a meaningful traditional cultural practice and a way of living and prospering in this world,’ added President Wallace.”

“WordWrap 2017: Historical Reflections on the Law of the Land.” Created by Lisa Link for the Alaska Sesquicentennial Commemorative Exhibit, “Voices of Change: Perspectives on the Transfer of Alaska from Russia to the United States” at Sitka National Historical Park.